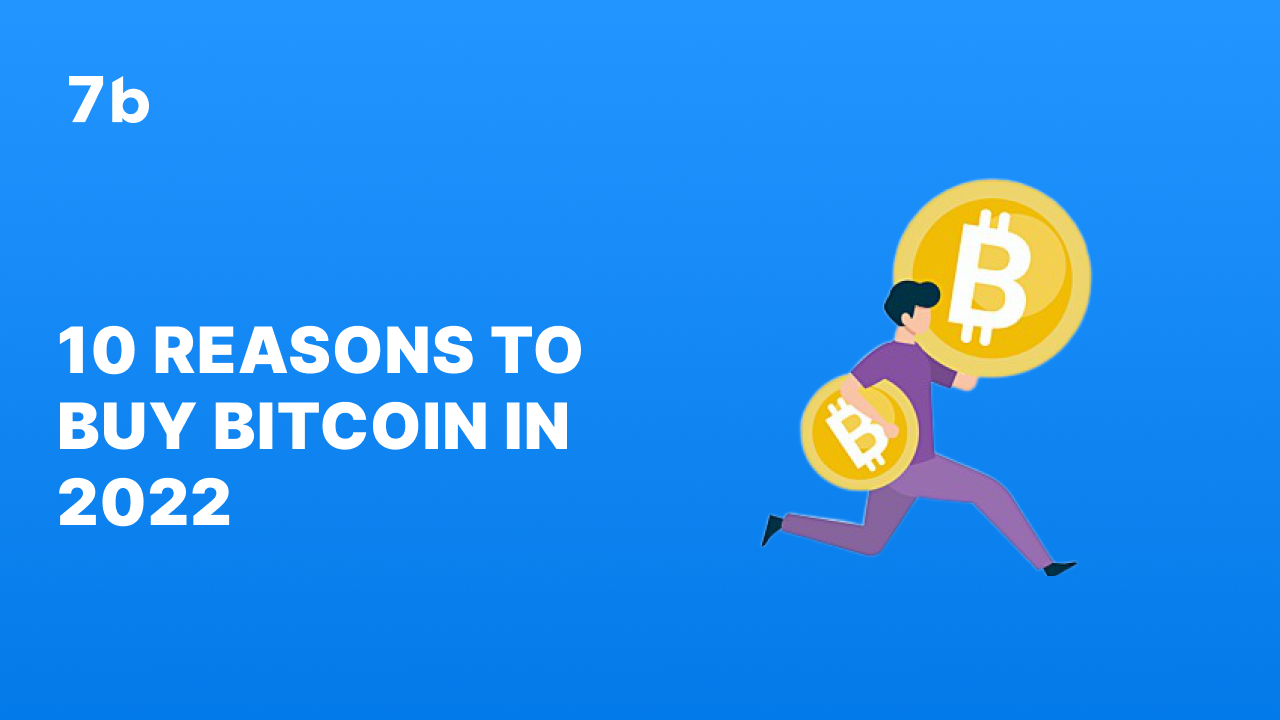 Bitcoin was launched in January 2009 and is the very first cryptocurrency to make its way into the scene.

After circulating for about 8 years, the coin recorded its first major boom in 2017. Since then, BTC has skyrocketed in exponential growth and is currently the world’s most valuable cryptocurrency. While Bitcoin has likewise endured several seasons of price fluctuations, yet the coin’s reputation as an excellent store of value remains.

Notably, Bitcoin shows incredible promise as a long-term investment, as its value is usually projected to increase over time. As the world continues to awaken to the concept of alternatives to fiat currency, more businesses and brands have begun to adopt cryptocurrencies as forms of payment. With Bitcoin easily being the most popular cryptocurrency in existence, it is likely to become one of the faces of digital payments should the world becomes more decentralized. Bitcoin is also practically immune to inflation. Infact, as Bitcoin’s block reward continues to halve, coupled with its fixed supply of 21 million coins, a devaluation due to inflation is virtually impossible.

In this article we’ll find out if BTC is still a good investment, listing 10 Reasons to Buy Bitcoin in 2022.

Despite Bitcoin’s strong points, the coin has been hard-hit by this year’s crypto winter. Price highs nearing 70,000 USD, achieved in November 2021, were completely wiped out in the first quarter of 2021 as the coin dipped below 35,000 USD. The coin continued to decline in price, trading just under 20,000 USD in mid-July. Bitcoin has, however, begun to show some sign of recovery, shooting up to 24,000 USD by the end of August.

Bitcoin trades a little above $24,700 at present, still down from its 2021 high. But as Bitcoin’s deflationary model goes, it is fairly certain Bitcoin would surpass its ATH not once, but quite severally over the next number of years and perhaps decades to come.

This is because despite its susceptibility to volatility, Bitcoin remains a solid investment choice if you’re looking to invest your money in a valuable asset that will grow in the long term. If you want to know how to trade BTC, check out our blog post.

As a testament to this fact, here are ten major reasons to invest in Bitcoin in 2022.

Throughout history, asset classes have been financial instruments which investors have used to protect, and grow their earnings. Traditional asset classes include stocks, bonds, and quite commonly, real estate. Since the entry of Bitcoin into the market, investors have begun to recognise cryptocurrency as a potentially valuable investment vehicle. Luckily, 7B features an extensive range of trading tools which are sure to make your investment experience an easy and profitable one.

Bitcoin was not issued, and still remains entirely unregulated by any governmental body. While this happens to be a source of concern to some governments and investors, this particular feature of Bitcoin is what ratifies its reputation as the money of the future. Decisions and modifications to be made concerning Bitcoin are unanimously decided upon by community agreement of its holders. This is often called a decentralised autonomous organisation (DAO). This feature has also been instrumental in funding demonstrations against oppressive governments.

Bitcoin is an excellent store of value. In countries like Argentina and other Latin American countries ravaged by hyper-inflation, Bitcoin continues to be an avenue for citizens to protect their money and hedge against the inflation crisis.

Bitcoin runs on blockchain technology. In simple terms, this means that every transaction made with Bitcoin is recorded on a public distributed ledger: everybody can see it, and nobody can alter it. This makes it virtually impossible to duplicate or falsify, unlike fiat currency. Hence, Bitcoin is much more secure than fiat currency.

Bitcoin offers a much more efficient method of conducting transactions than traditional means can. With the implementation of the Bitcoin lightning network, transactions can be initiated and completed in an instant, from anywhere in the world, without cross-border restrictions.

Bitcoin has been dubbed the future of money for good reason. As it remains out of the control of centralised institutions, it truly puts the power back in the hands of the people. Since its inception, more individuals have had reason to probe and question how traditional financial systems run, discover its shortcomings, and seek alternative solutions.

Bitcoin is a virtual currency. As such, it is remarkably convenient to keep, and use. Bitcoin of any amount can be stored in a digital wallet, transferred to another wallet, or used to transact with practically no restrictions whatsoever.

As the world makes the inevitable transition towards virtual and decentralised infrastructure, Bitcoin remains at the forefront of this move, facilitating transactions. With NFTs on the rise, and more buzz about Metaverse launches, it seems only natural that individuals would turn to a decentralised payment solution in a decentralised world.

Bitcoin holds immense promise for the future. If you’re looking to invest in Bitcoin to grow your earnings, 7B is your trusty trading tool. With our wide range of trading instruments, fast transaction times and low fees, you are sure to find trading with us a comfortable and easy process. Use 7b, secure and anonymous crypto exchange, and enjoy low crypto trading fees and crypto exchange without KYC.