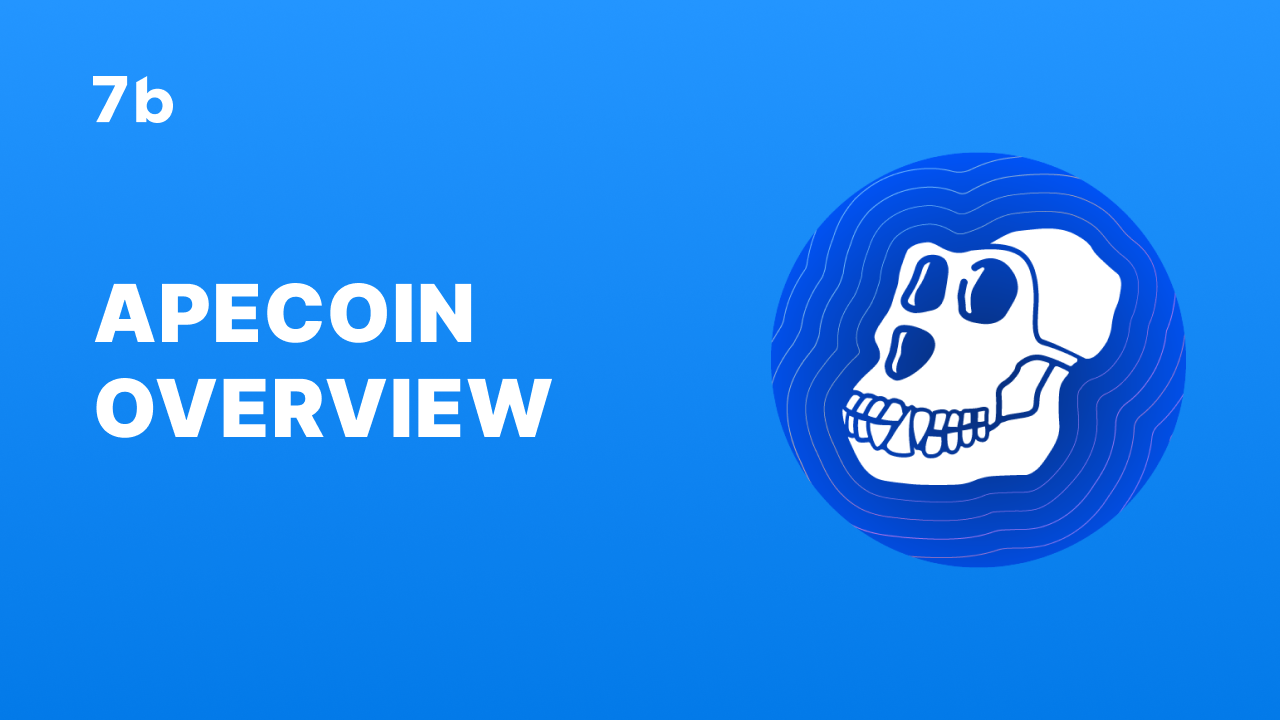 What is the APE Ecosystem?

The ecosystem is a community-led protocol that drives initiatives that would explore the endless possibilities of Web3 and the metaverse. In addition to ApeCoin holders, the Ecosystem comprises products and services that use APE. A top member of the community is Yuga Labs, the company behind Bored Ape Yacht Club. Yuga Labs is a member of the ApeCoin DAO and uses APE as the main token in its new projects.

How Does ApeCoin Work?

ApeCoin is the nucleus of the APE Ecosystem. It plays four key roles within the APE ecosystem: governance, unification of spend, access, and incentivization.

Holders of the token govern themselves in the ApeCoin DAO and vote on how the Ecosystem Fund should be spent. In addition to Fund allocations, ApeCoin DAO members decide governance rules, projects, partnerships, etc.

For example, Yuga Labs, creators of Bored Ape Yacht Club (BAYC), gifted the APE Foundation a 1 of 1 NFT. While they handed the intellectual property to the Foundation, ApeCoin DAO members still have the sole decision on how this intellectual property is used. In another example, ApeCoin DAO members had to vote for ApeCoin to remain on the Ethereum network.

Decisions such as these show that ApeCoin is a platform for decentralized governance.

Asides from being a governance token, ApeCoin is also a utility token. Holders can trade or transfer their tokens without centralized intermediaries.

With ApeCoin, users can access restricted parts of the ecosystem, including exclusive games, merch, and events.

By integrating APE into their projects and other services, ApeCoin allows third-party developers to participate in the APE ecosystem. For instance, Benji Bananas, a P2E mobile game created by Animoca Brands offers a “Benji Pass” to its players. This Pass is an NFT through which players earn special tokens that can be swapped for APE.

The most secure and reliable way to trade APE is by using crypto exchanges. Some of the best exchanges that offer APE include:

APE has a total fixed supply of 1 billion tokens. A portion of this supply is locked and will be unlocked over a 48-month period. Across this four-year period, four groups will receive ApeCoin according to a fixed schedule.  The Ecosystem Fund receives 62% of the tokens. 150 million tokens go to BAYC/MAYC. 470 million tokens go to DAO treasury and resources.

Yuga Labs and Charity receives 16%.  About 150 million tokens of this belong to Labs, while the Jane Goodall Legacy Foundations will receive 10 million tokens.

14% will go to Launch Contributors and will be released according to varying lockup schedules. BAYC Founders gets the remaining 8%, which constitutes 80 million tokens.

Should I buy ApeCoin and where to trade APE at the lowest price?

ApeCoin possesses certain qualities that make it highly investable. First, it has impressive market statistics. At writing, it has a market cap of almost $1.6 million and a trading volume of $563,530,649.  On the opening day of its launch, it recorded a trading volume of about $2.3 billion, which increased to $8.9 billion two days later.

Second, it has a massive community. 79,014 addresses hold APE, 167 addresses hold BAYC, while MAYC has 13,106 unique holders. Members of its community include notable figures such as Alexis Ohanian, the co-founder of Reddit; and Amy Wu, Head of Ventures & Gaming at FTX.

Third, it is a scarce asset that is easily transferable, durable, and divisible. It also has utility: asides from being used in Benji Bananas, there are plans to integrate the token into other games and marketplaces.

7B Crypto Trading app and Binance remain some of the easiest places to trade ApeCoin at a low price.

Video: How to trade ApeCoin on 7b